Michelle Obama is iconic. As the first Black woman to hold the title of America’s First Lady, she literally reshaped the role to fit her, inspiring women not just in the U.S. but around the world (including yours truly).

When news broke in early 2017 that Obama and her husband, former U.S. president Barack Obama, signed a rumoured $60-million dollar book deal, few details were offered. Even when it was announced that her memoir, Becoming, would be released on November 13, only a scant number of advance copies were given out. I couldn’t wait to get my hands on the book (and had to go to three bookstores to find one), but as soon as I did, I devoured it (and have committed myself to one too many book club discussions about it).

Becoming is an intensely personal read, giving an insider’s view of the life of a woman many people thought they knew. It’s deeply intimate without being salacious — as if you’re sitting down with her over a cup of coffee, dishing about life, love, career and motherhood. It’s equally intriguing to learn about the parts of her life we never saw as it is to hear her side of stories that were public knowledge. From the childhood experiences that taught her about privilege, to marriage and motherhood struggles, to her complicated relationship with politics, Obama exercises her ultimate power by telling us her story in her words. Here are a few pivotal moments that stood out.

How a piano recital taught her about privilege

Coming from a working-class family in the South side of Chicago, Obama grew up understanding that in the world of the haves and the have-nots, she fell toward the latter. But from piano lessons with her great-aunt Robbie to sharing jazz records with her grandfather, Obama’s early life came with a rich musical soundtrack.

Her first piano recital, though, was where she first understood the chasm privilege creates. After practicing incessantly on her great-aunt’s worn piano, she finally had a chance to play on a pristine baby grand — but without her landmark of the chipped key that marked middle C, she froze under the spotlight until Robbie came to her rescue. “Maybe she knew that the disparities of the world had just quietly shown themselves to me for the first time,” she writes.

Her dislike for politics started a looooong time ago

Obama has repeatedly stated she has no desire to run for office herself, which is understandable given the intensity of her husband’s time in politics. But Becoming shows us that she’s long been leery of politics.

As a child, Obama would routinely (and begrudgingly) accompany her father, a city worker who served as a precinct captain for Chicago’s Democratic Party when he visited his constituents. She shares how she was often dismayed by the number of complaints her father fielded and how much time he devoted to the task. In her teen years, she became good friends with Santita Jackson — daughter of Reverend Jesse Jackson. Witnessing how busy and unpredictable her friend’s father’s presidential campaign was, Obama decided that politics was not the life for her. “What I knew was that I personally didn’t love the feeling of being out there, thrust under a baking sun amid balloons and bullhorns, amid trombones and throngs of cheering people,” she writes. “The fanfare was fun and even intoxicating, but there was something about it, and about politics in general, that made me queasy.”

A fire tore through the home of a fifth-grade classmate. Cancer took her college bestie, Suzanne, at the age of 26. Her father, who battled with multiple sclerosis for years, died at age 55. Throughout the book, Obama explores how these deaths forced her to review her own life.

Obama had been a consistent overachiever since childhood, always setting her sights on the next educational or career-minded goal she set for herself. By her mid-twenties, Obama had excelled in her education, earning two Ivy League degrees. She was a successful lawyer with the salary, autonomy, and floor-to-ceiling windowed office that signified success for her up to this point.

While she was a phenom, doing all the things she thought she should be doing, a nagging feeling of dissatisfaction was quietly eating away at her. She wanted marriage and motherhood eventually, but sacrificed dating in favour of remaining career-focused. Obama wanted deeper connections with friends and loved ones, but stayed so busy that she only had time for very surface-level relationships. She wanted more meaningful work, but tried to convince herself that she was happy. Meeting the focused yet open-minded Barack loosened her grip on the strict ideas of who she should be and what her life should look like. “In the span of a year, I’d gained Barack and lost Suzanne, and the power of those two things together left me spinning. Suzanne’s death had awakened me to the idea that I wanted more joy and meaning in my life. I couldn’t continue to live with my own complacency,” she writes.

Like so many of us, she’s struggled with the balance between career and motherhood

After marrying Barack, enduring a heartbreaking miscarriage, and going through two successful rounds of IVF that helped her birth their daughters Malia and Sasha, Obama had to navigate the challenges of motherhood and a busy career — and she had two wildly different examples of how to do it.

“I wanted to live with the hat-tossing, independent-career-woman zest of Mary Tyler Moore, and at the same time I gravitated toward the stabilizing, self-sacrificing, seemingly bland normalcy of being a wife and a mother…I hoped to be exactly like my mother and at the same time nothing like her at all,” Obama writes. From volleying between working full-time and part-time to learning how to ask for help, Obama found her own way to do things the best she could.

A game changer for her was creating a circle of fellow mom friends: “Our afternoons together taught me that there was no formula for motherhood. No single approach could be deemed right or wrong” — she actually brought newborn Sasha with her to a job interview: “It seemed a miracle that my would-be boss appeared to get it. If he had any reservations listening to me explain how flextime was a necessity while I bounced Sasha on my lap, hoping all the while that her diaper wouldn’t leak, he didn’t express them…I knew I’d at least done something good for myself in speaking up about my needs. There was power, I felt, in just saying it out loud.”

How she overcame public attacks during Barack’s campaign

During her husband’s first presidential campaign, racist conspiracies about his citizenship and religion fired her up, but Obama would soon find herself as a target for more offensive fodder. Discussions of her “militant anger,” their “terrorist fist jab” (nothing more than a playful fist bump on stage), and being referred to as “Obama’s Baby Mama” wore her out physically and emotionally. 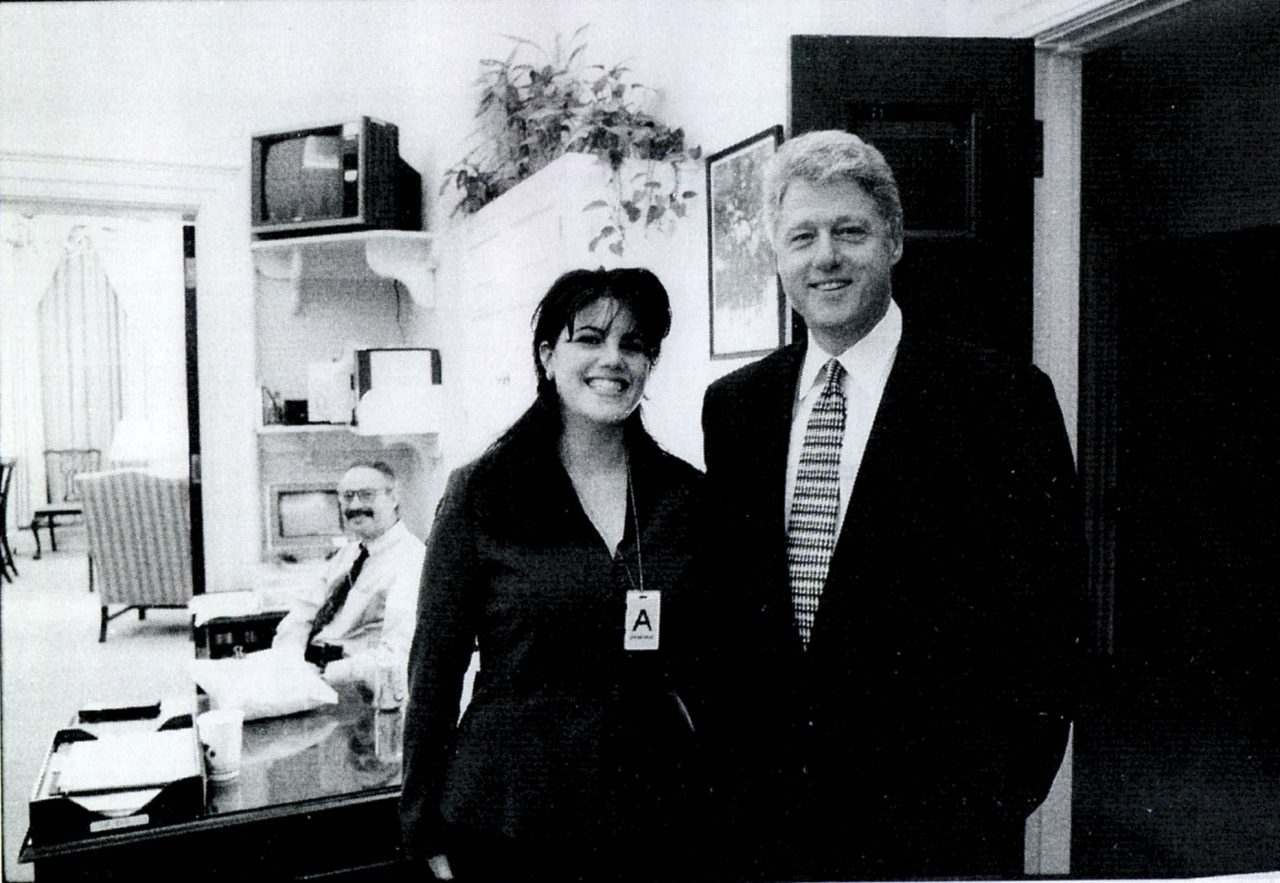 The Clinton Affair: 5 Things We Learned from the New Monica Lewinsky/Bill Clinton Doc
Obama was a harsh self-critic, constantly wondering if she was ruining her husband’s chances and feeling frustrated at the racist and sexist attacks levelled against her. Her wardrobe, body and facial features were judged harshly, and routine rumours spread by opposing parties even had friends calling her to ask if there was any truth to them. “In general, I felt as if I couldn’t win, that no amount of faith or hard work would push me past my detractors and their attempts to invalidate me. I was female, black, and strong, which to certain people, maintaining a certain mind-set, translated only to ‘angry.’”

After a reviewing tape of a speech that led critics to call her “too serious and severe,” she’d finally had enough. She broke down to campaign staff who had become friends, and she immediately receive more support from the team — particularly media training that helped her learn and succeed at the performative part of politics. With this help, she was able to navigate this new public life, develop a thicker skin, and learn how to make her personal attributes work in her favour. She knew she might never change some people’s minds, but there were parts of the process that she could control.

The miracle of her Jason Wu inauguration gown

For the inaugural ball in 2009, Obama chose an iconic ivory Jason Wu gown for a very specific reason.

“In my life so far, I’d worn very few gowns, but Jason Wu’s creation performed a potent little miracle, making me feel soft and beautiful and open again, just as I was beginning to think I had nothing of myself left to show.” The campaign had taken a lot out of Obama (remember, this is a woman who never considered a life of politics!) and her gown choice brought her back to herself. Throughout her time as FLOTUS, Obama would continue to make waves with her often unconventional designer choices, opting for a mix of affordable and exquisite pieces, and highlighting American designers who might not otherwise have such a platform.

Michelle and Malia ducked Secret Service once, for good reason

Thanks to numerous threats made during his campaign, former president Obama received Secret Service detail earlier than any presidential hopeful in history. That meant that the Obamas developed an intimate relationship with their security team, complete with aliases (Malia and Sasha were “Radiance” and “Rosebud,” and Barack and Michelle were “Renegade” and “Renaissance”). 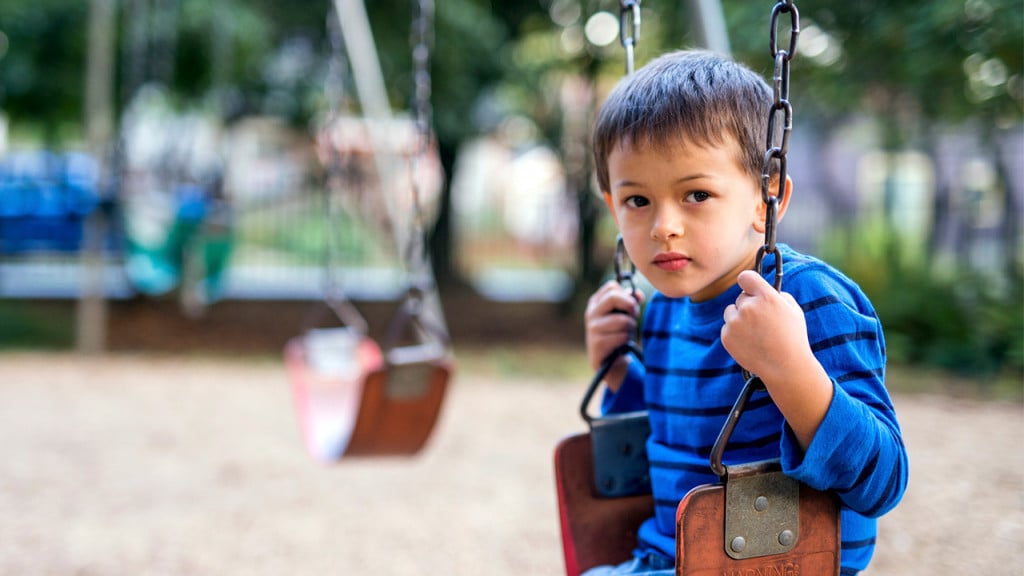 The Ontario Child Advocate Was The One Safe Space For Vulnerable Kids. Then Doug Ford Cut The Office
On the night that the Supreme Court finally legalized same-sex marriages, the White House was lit up in the rainbow hues of the pride flag — and Obama wanted to see it for herself. Malia decided to join her, and knowing that crowds of tourists and celebrants were outside enjoying the show as well, they knew the Secret Service would have to be called.

“The normal protocol was that we checked in with the Secret Service agents posted by the elevator anytime we wanted to leave the residence,” she writes. “Malia and I just busted past the agents on duty, neither one of us making eye contact. We bypassed the elevator, moving quickly down a cramped stairwell. I could hear dress shoes clicking down the stairs behind us, the agents trying to keep up. Malia gave me a devilish smirk. She wasn’t used to my flouting the rules.”

While the Secret Service did indeed catch up to the sneaky pair, they did oblige them — allowing them to exit the White House without the public noticing, to take in the sights and celebration.

The satisfaction of Becoming

Obama is frank in sharing that their exit from the White House was bittersweet — she very much looked forward to life post-politics, but was distraught at handing the reins (and nuclear codes) over to Donald Trump. “It’s been hard to watch as carefully built, compassionate politics have been rolled back, as we’ve alienated some of our closest allies and left vulnerable members of our society exposed and dehumanized,” she writes.

She continues: “What I won’t allow myself to do, though, is to become cynical.” With Becoming, she has given us all the chance to be reminded of some of the most impactful moments of their eight years in office, and had given us her road map of how she became “an ordinary person who found herself on an extraordinary journey.” While Becoming doesn’t touch much on her new life (aside from detailing the refreshing freedom in being able to sit on her veranda and enjoy a slice of cheese toast), it is all at once an inspiring, relatable, and satisfying read — and once finished, I closed the book feeling thankful that she continues to share herself with us.