The rumour: Meghan and Harry asked George and Amal to be godparents to their child

Where you heard it: Heat via the Mirror
The report: Last year we learned that the Sussexes had (allegedly) spent part of their summer holiday living la dolce vita with George and Amal at their place on Lake Como. Sources claimed the visit included basketball and poolside lounging, but that’s not all that went down, per this latest leak: “After spending so much time with [George and Amal], and seeing how wonderful they are with their own children, they decided [they] would also be perfect [as godparents],” Heat’s inside snitch reveals, further claiming that “George and Amal were honoured and immediately they said, ‘yes.’” And that the Clooneys asked Meghan and Harry to “return the favour” should they end up having a third child.
The smell test: Putting aside the fact that it’s unlikely a true inside source would be spilling such details to Heat — doesn’t this seem like a lot of godparent requests given the lack of, you know, actual children? There may indeed be a blossoming friendship at hand, but we are talking about royal progeny, and such requests aren’t just extended willy nilly, regardless of how much Casamigos tequila is going round. 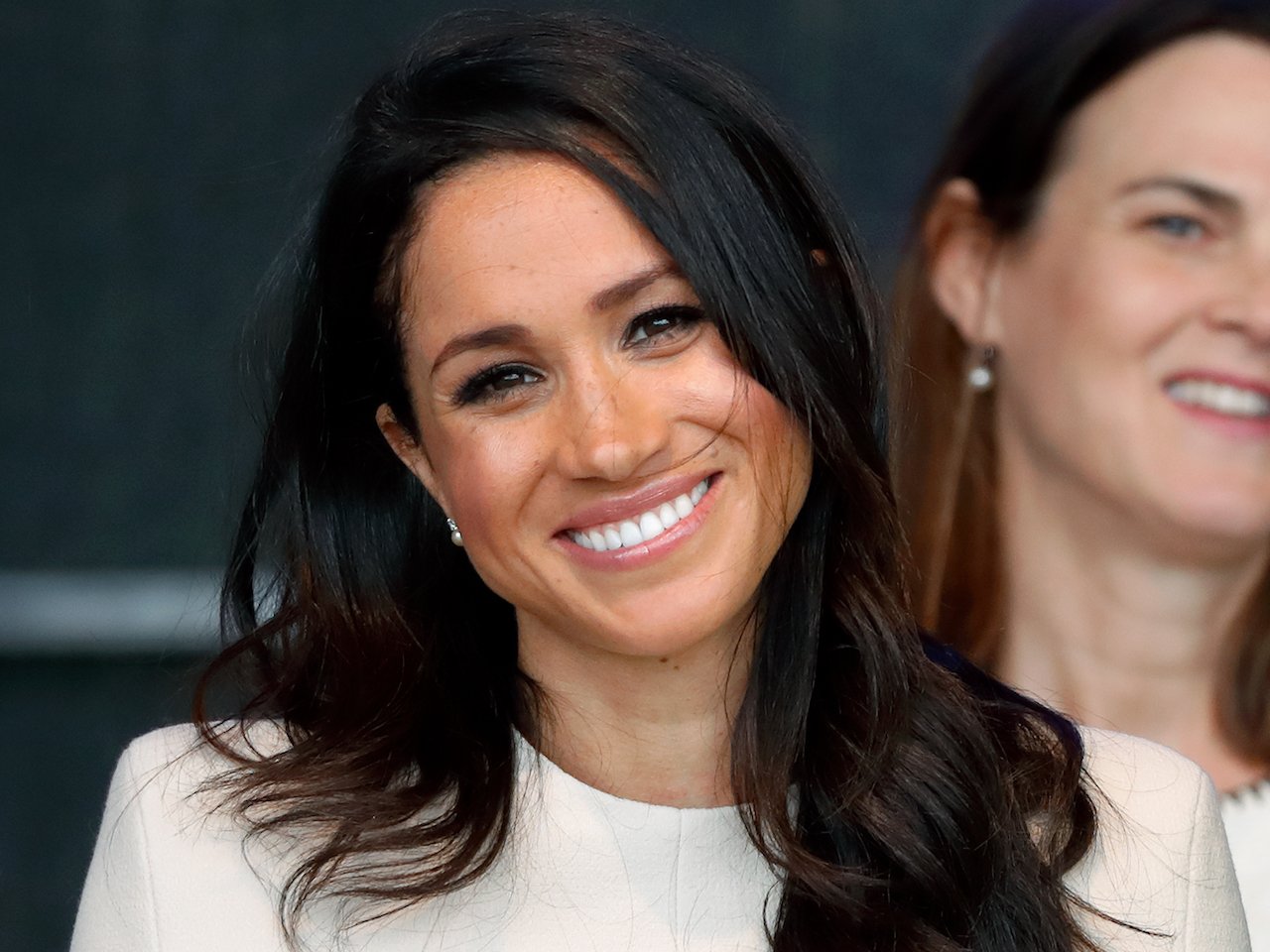 Did Meghan Markle Make A Secret Trip To Toronto?

The rumour: Prince Philip is the palace staff’s favourite royal

Where you heard it: Variety
The report: One might assume that one of the younger, more progressive royals would earn the title of “staff favourite,” but not according to British actor Matt Smith (who played the Queen’s hubby in The Crown). Fielding a question about whether his performance had helped to humanizing the Queen’s famously thorny hubby, Smith told Variety that researching the role had cleared up some of his own misconceptions: “If you’ve talked to any of the staff, Philip’s the one they all love really. I think more than a lot of them, he’s a bit more of a man of the people.”
The smell test: So on the one hand, it makes sense that Philip could be a favourite behind the palace gates. Think about all of those scenes in The Crown where the Queen had to be the duty-bound fuddy duddy and he got to be the irreverent wisecracker. One the other hand, one assumes the people who work for him may have occasionally found themselves on the wrong end of one of his signature barbs. In the Prince’s own words: “I’m rude, but it’s fun.” Which leaves just one question: Fun for whom? 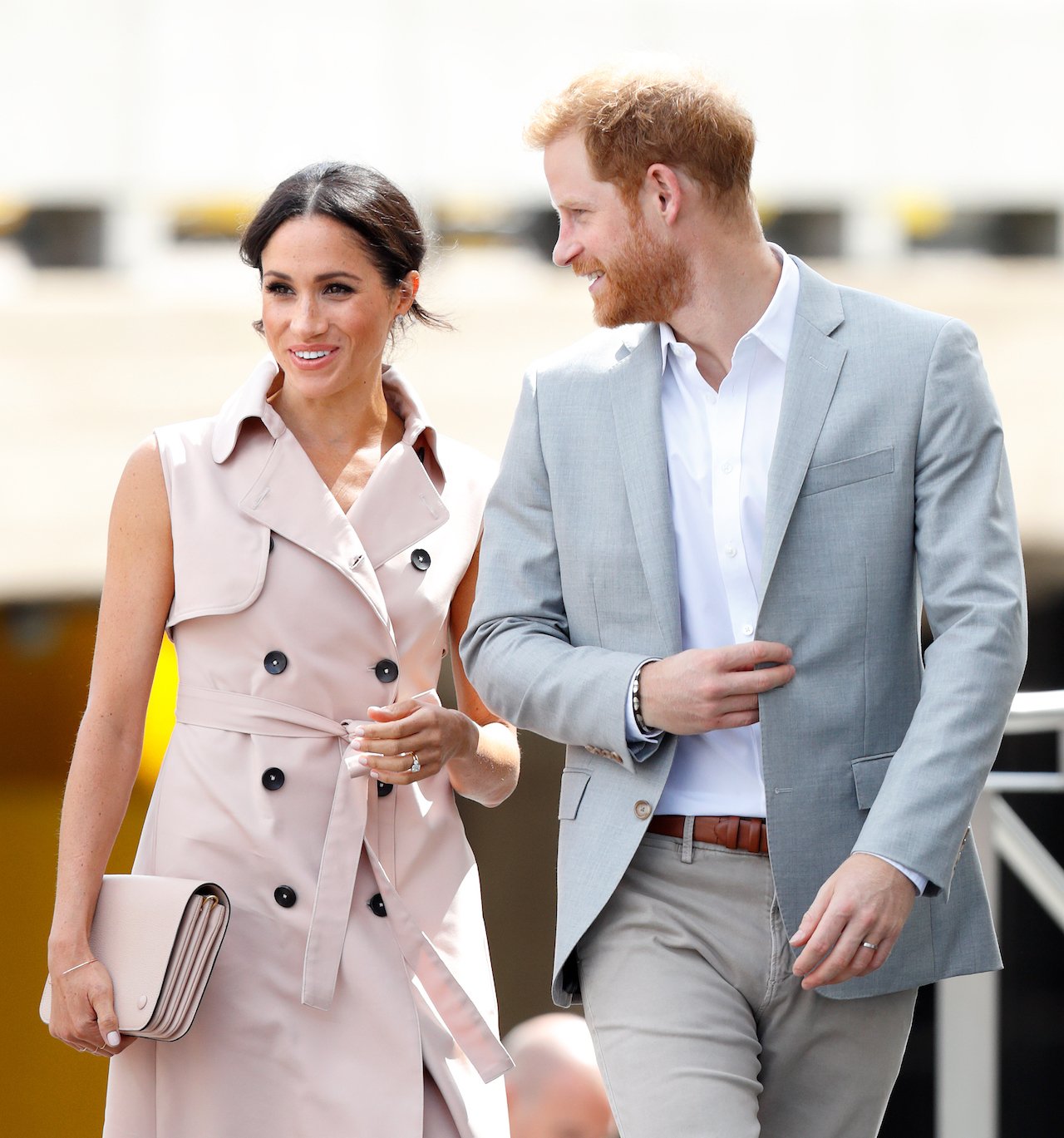 Did Prince Harry Really Hang Up On Meghan Markle’s Dad?

The rumour: Harry and Meghan are adopting a six-month-old from Africa

Where you heard it: Globe via Gossip Cop
The report: The royal couple have been open about their desire to start a family, and according to this new report, the process is already under way, though not in the way traditionalists may have expected. Per the source, the newlyweds “fell in love with the infant while visiting an orphanage during their secret honeymoon,” and have already “begun the process” of bringing her back to England. The cover story also features an image of Harry and Meghan in which the former is holding an infant baby.
The smell test: While this rumour is demonstrably stinky (Harry did visit Africa in June, but Meghan wasn’t with him, and Globe’s cover photo is a made-in-Photoshop monstrosity), it did prompt a sniff into the royal family’s history with adoption. Turns out that noted rabble rouser Queen Victoria adopted a Nigerian princess after the girl’s royal family was murdered, so the move would not be entirely unprecedented. Still, those circumstances were extreme, and for the most part, the royals (even at the dawn of this modern Meghan Markle era of enlightenment) remain pretty obsessed with their precious bloodline.

The rumour: Meghan and the Queen have a “special bond”

Where you heard it: Us Weekly
The report: The American glossy devotes this week’s cover to QE2 and her still new-ish granddaughter-in-law, claiming that Her Majesty has been quite the support system for Meghan since she joined “The Firm,” and more specifically since her dad turned her life into a tabloid spectacle. “Meghan is in a tough place, and the Queen knows it’s completely out of Meghan’s hands. She has only sympathy for what’s been a difficult and distressing situation for her,” says Us‘s inside source
The smell test: Well sure, the Queen is supporting Meghan — because what else is she supposed to do? Clearly this whole Thomas Markle situation has been a complete disaster, but it’s not like MM is responsible. Moreover, this is not Lizzie’s first rodeo, and if there is one skill she has mastered over the years, it’s diplomacy and optics. How would it look if she weren’t supporting the new People’s Princess during this “difficult and distressing” time? Which is not to say she isn’t privately venting to … whoever you privately vent to when you’re the reigning monarch.