The Duke and Duchess of Sussex have officially unveiled their stunning and creative monogram. Combining the first letter in each of their names, the regal cypher was spotted marking a letter address to Gerogie Gardner, an Australian presenter on The Today Show. Harry and Meghan sent letters to everyone who gave them wedding gifts – featuring, of course, their new stamp of approval. 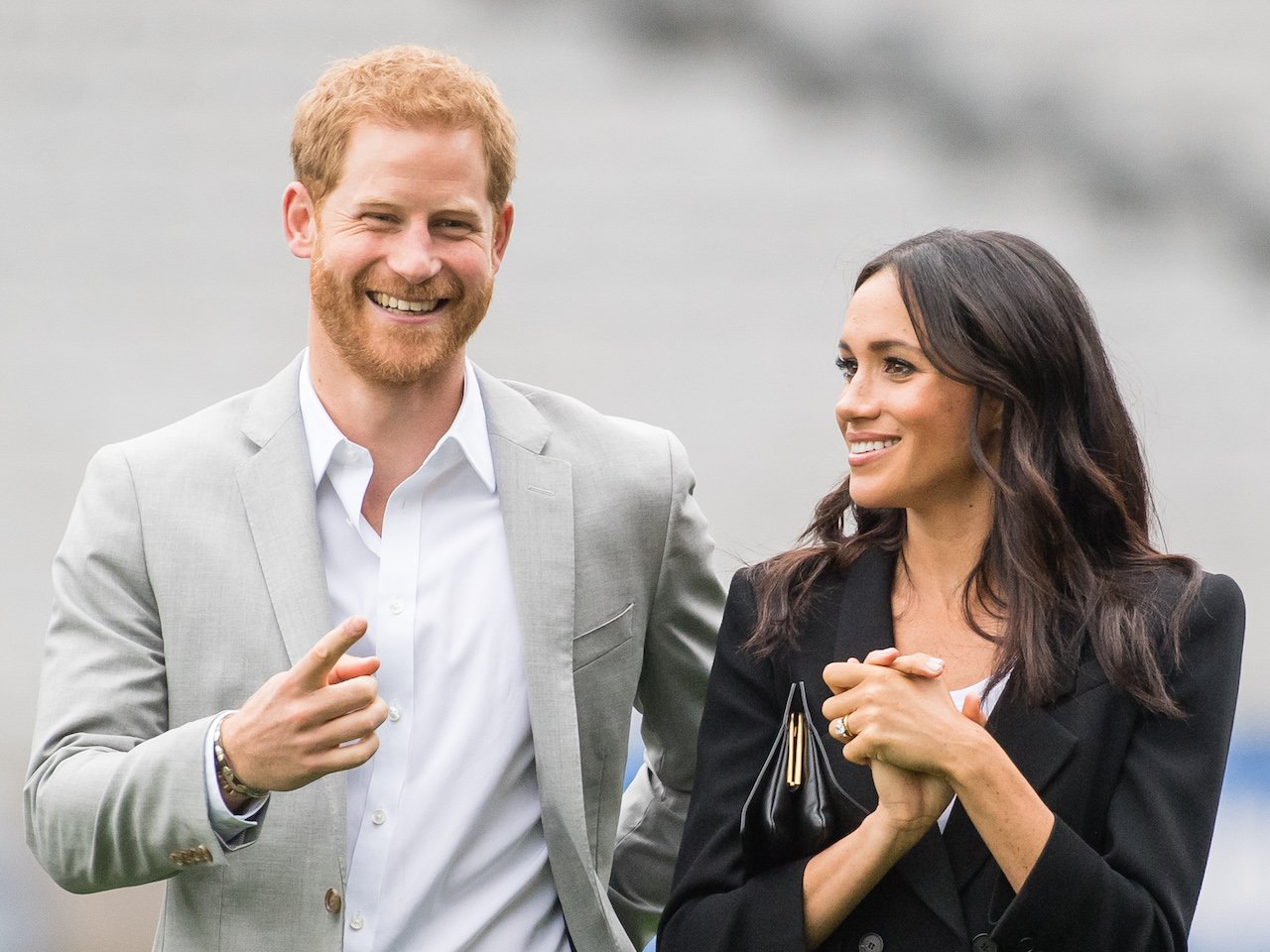 Is This Meghan And Harry’s New Home? Inside Adelaide Cottage

The TV presenter, who gave the duke and duchess a picnic blanket, received a personal letter from the palace, which features Meghan’s dignified calligraphy at the beginning and end of the letter. The 36-year-old is known for her talent with handwriting (and created Robin Thicke and Paula Patton’s wedding invitations back in 2005).

The letter read: “Dear Georgie, we wanted to write and thank you so much for the incredibly thoughtful wedding gift. We’re both delighted that you would think of us during this special time and greatly appreciate your kindness. We apologise for the delay in getting this letter to you but as you can hopefully understand it has been a very busy time for us. Thank you again for your kind gift. We are incredibly touched. All the best, Harry and Meghan.”

This was the first glimpse at Meghan and Harry’s official monogram, which is an uppercase ‘M’ with a strike through it to signify an uppercase ‘H.’ Overtop of the monogram sits a coronet; a small crown, the same one featured on the duchess’s official coat of arms, which Meghan had a hand in creating alongside the College of Arms. The design perfectly captures Meghan’s life: a combination of the blue Pacific Ocean and two golden rays across the shield to represent her home state of California, plus the state’s golden poppies alongside wintersweet, a flower that blooms at Kensington Palace.