For those of us in The Crown withdrawal, the prospect of season 3 is a light at the end of a very long tunnel. Until then, we are left to obsess over every tiny reveal, like the bombshell that Princess Margaret will likely be played by Helena Bonham Carter (huzzah!). Here, more on that and everything else we know about next season.

The new Prince Philip has just been cast

It’s just been announced that Prince Philip (played by Matt Smith in the first two seasons), will be played by Tobias Menzies. Outlander fans will recognize Menzies as the series’ maniacal Captain Jonathan Randall. (He also plays Edmure Tully in Game of Thrones.) And while Menzies is known for portraying characters with smug villainous charm (in addition to his jawline), whether he can capture Philip’s rakishness will remain to be seen.

There’s a new Queen in the castle

While it’s hard to imagine anyone other than the mah-velous Claire Foy in the role of Queen Lizzie, series creator Peter Morgan has always said that he would introduce a new cast to play the royals as they age on the show. Last October, Variety reported that English actress Olivia Colman will portray HRH for seasons 3 and 4. Fans of British drama know the 43-year-old actor from Broadchurch and The Night Manager (two worthy dramas if you’re looking for shows to fill the void).

On taking over for Claire, Olivia remarked to Radio Times: “It’s a very hard act to follow up. They – the people, the grown ups – put us in touch so I could ask her about it and she was just lovely – she’s one of the sweetest people ever and she’s brilliant.” Though Olivia has said she’s “full of fear” to follow up Claire, we’re certain she’ll do the character justice!

The new season will be set in the 70s

The show left off with the birth of Prince Edward in 1964, but it may not return there. According to one of the show’s producers, season 3 will jump forward a bit to the 1970s, which means plenty of prime ministers, the decline of the Commonwealth and the introduction of a certain future “future queen,” Camilla Parker Bowles, who first met her prince charming at a polo match in 1971. As for the other famous royal blond, Lady Diana Spencer (who met Charles in 1977), she may or may not appear in the series’ third act, according to Morgan, who told Vanity Fair that the so-named “Queen of Hearts” may have to wait until the fourth season. 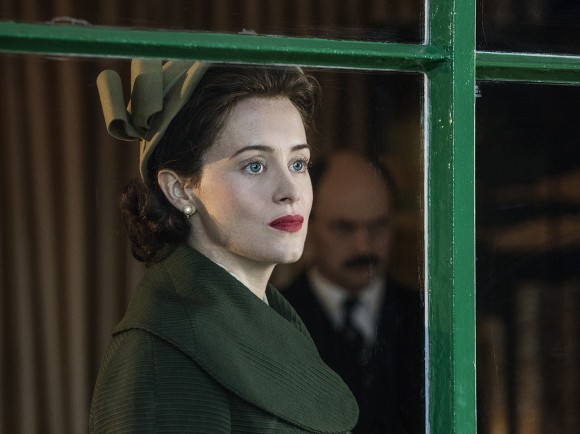 The Crown Season 2: What The Royals Really Looked Like In The ’50s And ’60s

Princess Margaret will be awesome…

… and she’ll (still) be unlucky in love

Historically documented spoiler alert! Margaret and her photographer husband won’t make it past the season finale. This per The Crown’s historical consultant Robert Lacey, who says the split (the first royal divorce since 1901!) will be a significant plot line for the coming season. Ben Daniels will take on the role of photographer Antony Armstrong-Jones.

Who else has been cast so far?

Jason Watkins will step into Harold Wilson’s shoes, depicting his two terms in office. Prince Charles, Princess Anne and the Queen Mother have also recently been cast, with Josh O’Connor, Erin Doherty and Marion Bailey taking on the roles respectively. Though the actress stepping into her shoes hasn’t yet been revealed, Camilla Parker-Bowles will also make her debut in this season.

According to People, this season will also give viewers a glimpse into the life of Princess Diana, who will have more of a presence in later seasons of the show. Writer Peter Morgan, however, spoke to Vanity Fair, saying: “The Diana stuff… I haven’t figured out what I’m going to do with her if I ever get that far. I’ve mapped out what might be a third season. If she were to be introduced, it’d probably have to wait until the fourth.”

We first found out that the original cast members would be entirely replaced in Dec. 2017 when Claire told Vulture: “They’re getting rid of all of us. After two seasons, that’s it, I’m gone.”

When is it airing?

Per the BBC, the show is set to return for a third season in 2019. But fans won’t have to wait as long for season four as the cast is currently filming two at once. “We’re doing them back-to-back. I’m writing them all at the moment,” Peter Morgan, the series’ showrunner, revealed at a BAFTA Masterclass. “We’ve got Olivia [Colman], which is fantastic, and now we’re just embarking on the process of casting.”

Where is the show currently filming?

Echo, a local publication in Liverpool, reported that the show has turned the British city’s waterfront space into Washington, D.C. circa 1960 or 1970.

What about the pay inequity controversy?

Fans were outraged after it came to light in 2018 that Claire Foy had been paid less than Matt Smith. Executive producer Suzanne Mackie revealed that Matt Smith, who played Prince Philip, was making more money than Claire as the monarch – supposedly due to his fame from Doctor Who – but going forward this will no longer be the case as Suzanne explained that now “no one gets paid more than the Queen!”