Meghan Markle has spent her time away from the spotlight catching up with family and friends, most recently jetting to Toronto under the radar on Aug. 21 for three days of quality time with her best friend, Jessica Mulroney. According to Good Morning America, “Auntie Meg” was joyfully reunited with the stylists’s children — twins Brian and John, 8, and five-year-old Ivy — who famously acted as pageboys and bridesmaid at her Windsor wedding. The royal stayed at the Mulroney home, where hosts Ben and Jessica apparently showed her a wonderful time.

We went to the gym, made bracelets, stopped by the spa and got dressed up in pink to eat sushi. Girls Day is officially over. @benmulroney I think I could get used to this. Work starts again tomorrow. Off TO NYC! 💕💕 #ootn

The duchess got a taste of her former days in Toronto, where she lived a low-key life while filming seven seasons of the hit legal series Suits. She and Jessica lounged by the Mulroneys’ pool — which is often featured in the CORE Life spokeswoman’s Instagram feed — as the three kids splashed around. A source revealed that they “love seeing their Auntie Meg,” with whom they spent plenty of time before she crossed the pond to kick off her life as the newest member of the royal family. Meghan was even able to enjoy an evening out with friends, something that’s surely a rarity these days.

The 37-year-old is gearing up for her busiest season yet, a jam-packed fall that will see her attend a royal wedding, support Prince Harry at his Invictus Games in Sydney and travel through four countries on her first official tour. She and Jessica probably had a lot to discuss as Meghan prepares her wardrobe for all these outings, something that her fashionable friend has reportedly helped with in the past. 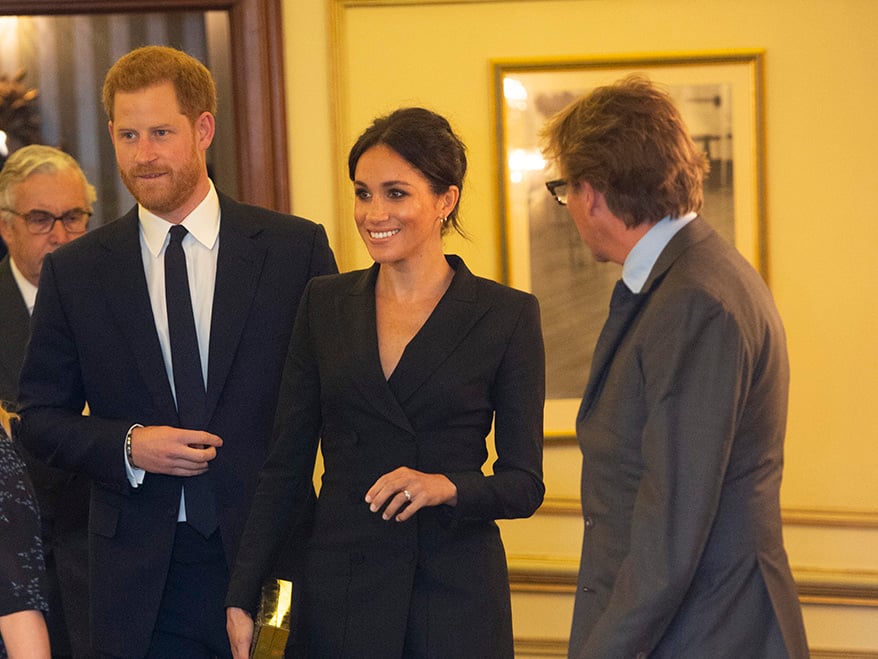 Back in July, royal commentator Omid Scobie reported that Jessica made a quick trip across the pond for a styling session to hammer down looks for the RAF Centenary (stunning retro Dior!), Prince Louis’ christening (olive-green Ralph Lauren!) and the Your Commonwealth Youth Challenge reception (sunny Brandon Maxwell!).

The team of Meghan and Jessica is a match made in fashion heaven, something that was especially evident during the duchess’s two-day trip to Ireland. From the moment the former actress stepped onto Irish soil on July 10 wearing a super chic green blouse and skirt combo by Givenchy, it was clear that the duchess was ready to make a style statement. And she didn’t disappoint, from her black Emilia Wickstead evening look to the Roland Mouret dress she donned while meeting the country’s Presidential couple and a black Givenchy suit that saw her through a visit to Croke Park.

On that day in Dublin, Meghan shared her nostalgia for her former home while on a walkabout at Trinity College. “I miss Toronto!” she told a fan who was visiting Ireland from Canada. “It’s a great place,” the royal added.