In light of the widening trade war between Canada and the United States — and Donald Trump’s broadsides against this country’s political leadership — we’ve compiled a list of products you can support at the expense of their American counterparts. In some cases, you’ll be ramping up pressure in key U.S. political constituencies by foregoing products on Canada’s tariff list. In others, you’ll be boosting Canadian-based operations whose supply networks span the border, reminding Americans which country imports more of their goods and services than any other. After all, nothing fuels Canadian patriotism quite like consumerism and brands (just ask a certain chain of coffee shops). Besides which, once the tariffs kick in on Canada Day, you may be forced pay more for American-made products you love.

Heinz, the global leader in tomato ketchup, drew the ire of Canadians in 2014 when it moved its operations from Leamington, Ont., to Freemont, Ohio. And thanks to the new tariffs, you’re going to pay more for your catsup if you get it from Heinz. Hundreds of jobs in Leamington were saved after French’s announced that it would source its tomatoes from the “tomato capital of Canada.” Despite being an American company, French’s managed to become a darling of Canadian patriots. When Loblaw’s announced it wouldn’t stock French’s ketchup, a Liberal MPP-led campaign to boycott the supermarket ensued, forcing the chain to relent and restock the ketchup. 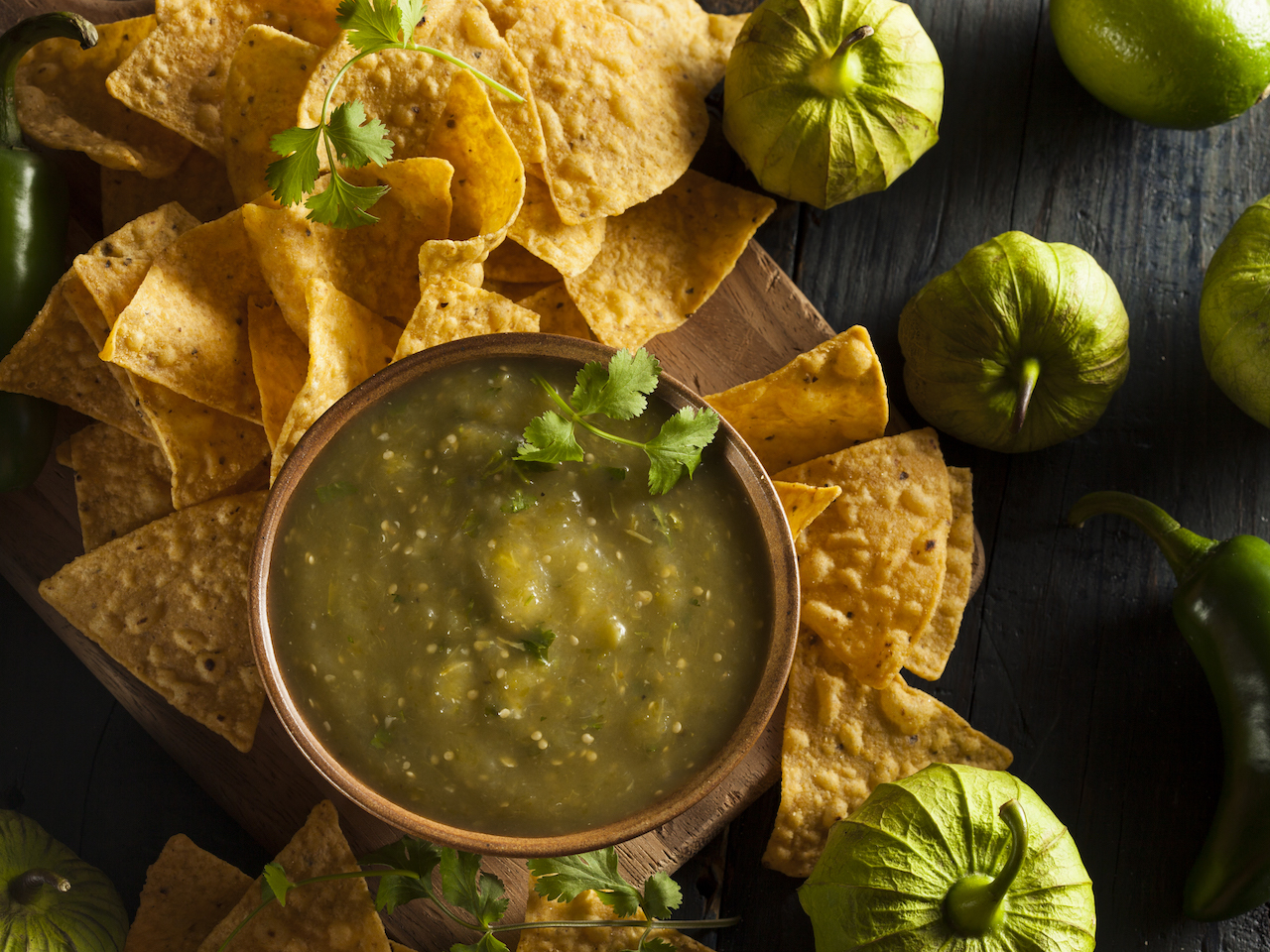 The Best Store-Bought Salsas To Try At Your Next Party
The Trudeau government has also chosen to tariff American-made whiskey. This includes bourbon from Kentucky, the home state of Republican Senate Majority Leader Mitch McConnell. But fear not, for Canada has a rich history as a whisky maker since the rum-running days of the Prohibition era. Put down the Jim Beam and try J.P. Wiser’s Deluxe, a rye distilled in Windsor, Ont. The brand is owned by Corby Spirit and Wine, a Canadian firm listed on the TSX. And don’t forget Crown Royal Northern Harvest Rye. The distiller might be owned by a British multinational, but the whisky’s made in Gimli, Man., and was named 2015’s best whisky in the world.

The tariffs also affect Florida, known for being an orange juice producer and a volatile swing state. But with Minute Maid manufactured in Peterborough, Ont., you can get your OJ domestically and stick it to the sunshine state. Expect to see more products coming from the Peterborough beverage plant—its owner, the definitively American Coca Cola Company, just announced an $85 million investment in the facility.

Chocolate, liquorice candy, and other sugar confectionary are also on the tariff list. It’s another cleverly-aimed levy, this time directed at the swing state of Pennsylvania. The state is home to the Hershey factory, famous for its chocolate products as well as Twizzlers licorice. Kissing Twizzlers goodbye won’t be easy. But when it comes to satisfying your sweet tooth, your local options are plenty. Nestlé makes its Coffee Crisp, KitKat and Smarties products in Toronto, while Mars produces Maltesers, Milky Way, Three Musketeers and Mars Bars in nearby Newmarket. Ferrero also has a facility in Brantford, Ont., where it produces Tic Tacs, Ferrero Rocher and Kinder Surprise (which are still banned in the U.S.).

It’s another tariff targeted at Pennsylvania. Kimberly-Clark operates a paper mill in Chester, Pa. producing Scott toilet paper. Charmin toilet paper also comes from the Keystone state, as Procter & Gamble has a plant in the town of Mehoopany. Thankfully, these aren’t your only options. Cascades, a Quebec-based tissue paper manufacturer, has several plants in la belle province as well as the Greater Toronto Area.

Republican Speaker Paul Ryan is likely unhappy with this tariff—his home state of Wisconsin is well-known for its dairy exports. But thanks to Canada’s dairy supply management, your options for American dairy products are limited, anyway. Liberté is another Quebec brand that you can support—its yogurt uses dairy from Quebec and is manufactured in Saint-Hyacinthe, Que.

Cucumbers and other produce

You’ll also be paying more for cucumbers and gherkins, more products that Paul Ryan’s Wisconsin is known for. Instead, look to Lakeside Packers, a family-owned operation based in Harrow, Ont. that stands as one of the last remaining pickle packers in Canada. It’s one of the recommendations from food writer Anita Stewart, who has compiled a list of 150 grocery products that are grown and processed in Canada. When buying groceries, be sure to check your labels carefully. However, the harsh Canadian climate poses a bit of a challenge for some fruits and vegetables, such as avocados. If you can’t get it from this country, consider getting it from Mexico and stand with another NAFTA partner being targeted by Trump.

Kikkoman is among the world’s most popular soy sauce brands, and their products are ubiquitous in the international aisle of any grocery store. Just like cucumbers and dairy, Kikkoman’s soy sauce also comes from Badger State and would be subject to the new tariffs come July 1. For a domestic option, look into President’s Choice soy sauce, which is brewed and packaged in Canada.

Tariffs on maple syrup won’t have same impact that tariffs on the aforementioned products would. Most of the maple syrup that we import is from Maine, which is a relatively small state with minimal sway in presidential elections. Also, Quebec already produces 72 per cent of the world’s maple syrup. Still, there’s power in symbolism, and if you’re really upset about the trade war, it should at least make you feel better that there’s now an even better reason to buy maple syrup—one of the few things understood as distinctly Canadian cuisine.

Automobiles may not be on the tariffs list, but with Trump threatening to implement penalties on motor vehicles imports (which could upend Ontario’s economy) the time is now to support domestic-made cars and trucks. After all, we’re the fourth-biggest automaker in the world and motor vehicles are our second-biggest export. The Dodge Grand Caravan and the Chrysler Pacifica are all assembled in Windsor. In Oakville, Ford manufactures the Edge and the Flex as well as the Lincoln MKT and Nautilus. General Motors manufactures the Cadillac XTS and the Chevrolet Impala, as well as the top-selling Chevrolet Silverado and GMC Sierra pickup trucks in Oshawa, Ont. But you’ll still be supporting American brands with these options, and a sizeable share of your money will inevitably end up in Michigan with these choices. Luckily, the Big Three aren’t your only options. Toyota makes the Corolla as well as the Lexus RX in Cambridge, Ont. and the RAV4 in Woodstock, Ont. In Alliston, Ont., Honda has a plant that manufactures the CR-V and Civic. To be sure, parts for almost all these models flow back and forth across the Canada-U.S. line before the cars are built. But that’s okay. With luck, and before it’s too late, someone will explain that to Donald Trump. 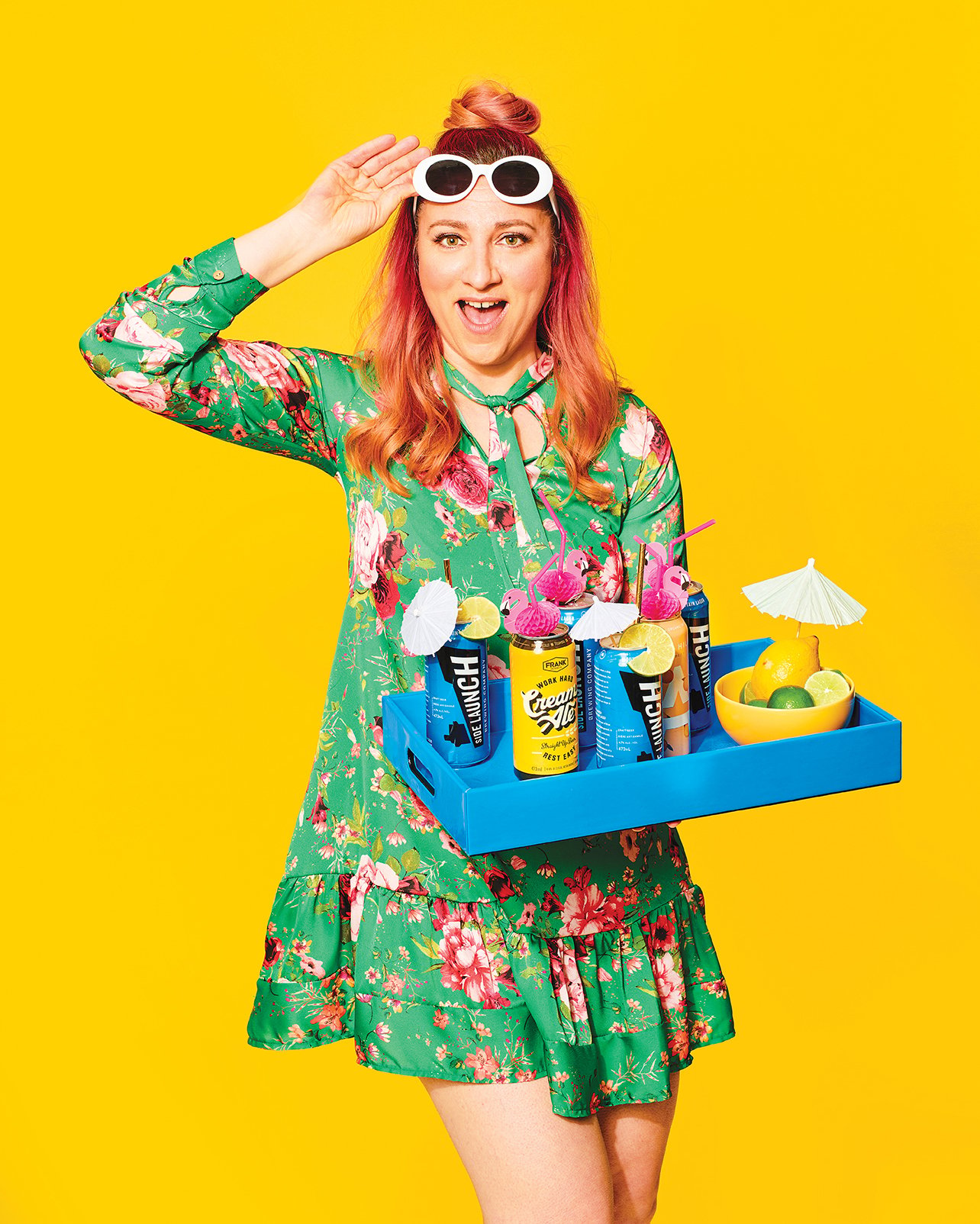 A Beer Skeptic’s Guide To The Best Summer Ales
Musical instruments of any kind aren’t included in the list of tariffed goods, either. But if you’re a guitarist, consider choosing Godin or Michael Heiden guitars — these luthiers craft their instruments in La Patrie, Que. and Vancouver, respectively. For the drummers, Sabian Cymbals is a Canadian company that manufactures its cymbals in Meductic, N.B. Sabian’s back story is, in some ways, analogous to the current fraught state of U.S.-Canada relations. The company was founded 1981 by Robert Zildjian, who left Massachusetts-based cymbal company Zildjian after a feud with his brother. Today, Zildjian and Sabian are two of the world’s largest cymbal manufacturers and continue to share a close, cross-border rivalry.

Blackberry may not have the prominence in the market it did a decade ago, but the Waterloo, Ont. company continues to make quality smartphones. The Blackberry Motion is a solid alternative to the the California-designed Apple iPhone 8, but if you’re longing for the physical keyboard that Blackberry is known for, consider getting the Key2, which comes out later this month.

Hockey is a sport synonymous with Canada, yet it’s difficult to find any domestic-made hockey sticks. Among the big hockey stick makers, Bauer, Warrior and Easton are all American, and your Canadian options are either CCM or Sher-Wood. The majority of big brand stickmakers now outsource their manufacturing overseas. For a truly Canadian hockey stick, your best bet may be Colt. The Colt hockey stick is a Kickstarter-funded product manufactured in Mississauga, Ont. and claims to be significantly more durable than its competitors. In addition, if you’re looking to enjoy America’s pastime with Canadian-made equipment, look no further than Sam Bats, which are manufactured in Carleton Place, Ont. Sam Bat was the company that introduced maple wood bats to the pros, an oh-so-Canadian material that now accounts for 75 per cent of the bats in Major League Baseball.