In a pivotal election that was all about the future of the Trump era, the momentum of liberal politics in America rested, in large part, on the shoulders of women.

And they broke records.

A total of 116 women were leading or elected in their Congress and gubernatorial contests: although results were still fluctuating early Wednesday, 95 were poised to enter the House, and 12 to the Senate. Of that total, more than 90 belong to the Democratic Party. Similarly, of the nine states that elected female governors, tying the record high, six elected Democrats.

The election’s overall gains for women politicians came alongside a reduction in the number of female senators. Before the election,107 women served in Congress (then a historic high), 84 in the House and 23 in Senate, where there are now only 22 in total.

Those were only a few of the 42 women of colour whose wins will literally change the face of Washington.

It was a trend foretold by the data: In the House and Senate races, a record 262 women were in the running, and only 60 of them were Republicans. In competitive races for the House, the most common match-up was between a Democratic woman and a Republican man. When women won, they not only helped strip control of the House from Republicans — they diminished the overall grip of white male politicians. 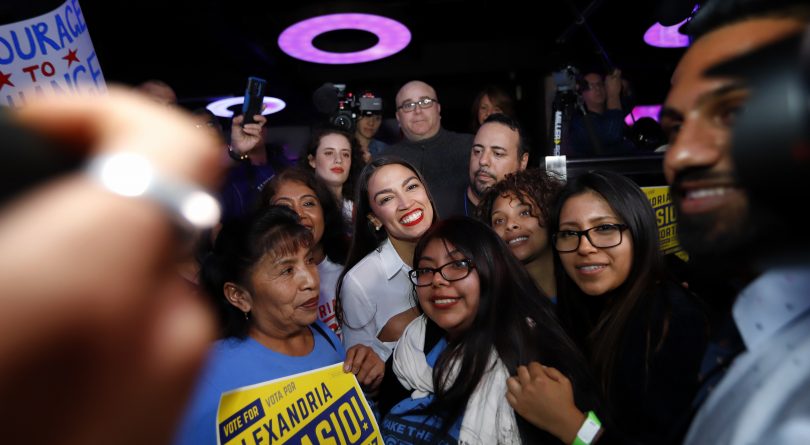 What A Democrat-Controlled House Means For Donald Trump
The victories came slowly (the predicted Democratic “blue wave” arrived as “a giant ripple,” joked the conservative commentator David Brooks). But when networks finally announced late Tuesday that Democrats would take back the House, a number of women had already won key races. (Women running as incumbents largely did well.)

In an indication that female Democratic candidates would be flipping particularly suburban Republican districts, Jennifer Wexton clutched victory in the wealthy Virginia 10th district early in the night, and similar wins followed in New Jersey and Michigan districts.

In extremely tight races their party needed to flip to take the House, Democratic women eked out wins in a diverse range of states, from Texas, Georgia, Oklahoma, Illinois, Iowa, Minnesota, Virginia and Michigan to Florida.

Democratic women also won the governor’s mansions in Kansas and New Mexico, where Michelle Lujan Grisham became the first Democratic Latina to serve as governor of a U.S. state.

But the outcome for Democrat Stacey Abrams, vying to be the first African-American woman elected as governor of any U.S. state in a campaign that captivated the nation and became a proxy for the wider battle over voting rights, remained uncertain as she narrowly trailed Republican Brian Kemp. Her potential loss — along with the loss of Andrew Gillum in Florida and Beto O’Rourke in Texas — dealt perhaps the hardest blows to Democrats and proved the ongoing strength of the Republican Party in the South (despite Democrats’ best efforts to turn out new voters and voters of colour in particular).

In more expected losses for Democratic women, Christine Hallquist — the first trans woman to win a major party primary — will not be the next governor of Vermont, and Paulette Jordan will not become the first Native-American governor of a U.S. state (in this case, Idaho).

For Republican women, the historic wins were far fewer. In South Dakota, Kristi Noem became the first female governor of South Dakota. In Tennessee, Marsha Blackburn became the first woman elected as senator. In Arizona, Martha McSally appeared to have clinched her bid to become that state’s first female senator. And in California, with several polls still to report, Young Kim was set to become the first Korean-American woman elected to Congress.

That dramatic gender gap between party candidates mirrored exit polls. Women accounted for 52 per cent of voters — a historic high that matched the 2010 midterm elections, according to ABC News — and they supported Democrats over Republicans by a huge margin: 59 per cent to 39 per cent. Unsurprising, they were also far more likely to disapprove of President Donald Trump.

Women voters were also far more likely to say it’s important to elect women to office, and less likely to approve of Brett Kavanaugh’s confirmation to the Supreme Court.

The election returned California’s Nancy Pelosi — right-wing nemesis and Democratic powerhouse — to her former perch as leader of the House.

“Thanks to you, tomorrow will be a new day in America,” a glowing Pelosi told a Democratic crowd in Washington, in a bit of political hyperbole that left aside Donald Trump’s two remaining years as president (in this term) and the Republican’s solid command of the Senate.

But for women in politics, a new day indeed has dawned in America. And it is, unsurprisingly, as ferociously partisan as the nation itself.